Additionally, with low interest green loans and solar equipment & installation costs having fallen 45 percent over the last 5 years, the cost of solar has never been 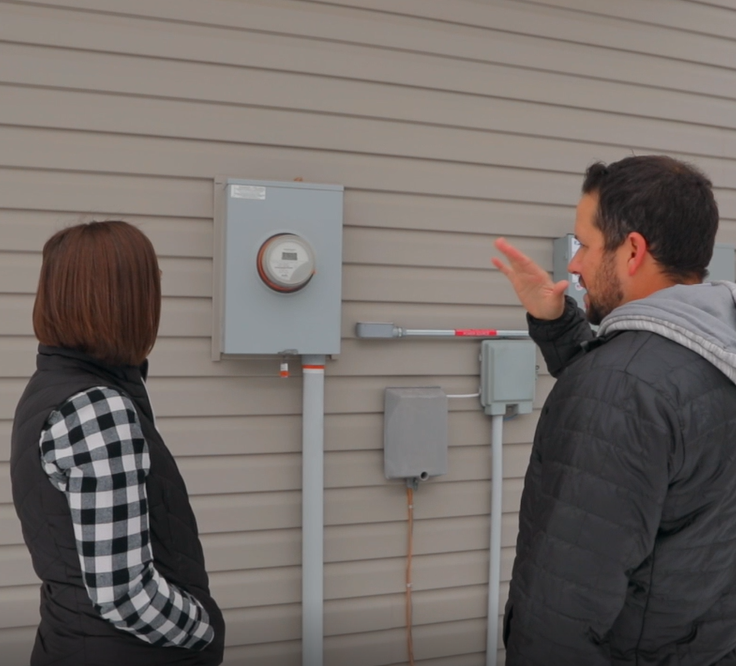 Between the many Minnesota solar energy incentives and 26% Federal Solar Tax Credit described below, solar panel installation for your home or business is for most an affordable and wise investment that will easily pay for itself.  With no money down.

Starting the new year off right, the Consolidated Appropriations Act of 2021, the Federal Solar Tax Credit has been extended! Instead of falling to 22 percent for this year, it will remain at 26 percent. That’s more than one-quarter of the cost of your solar power system covered before the additional incentives.

When installing solar panels in Minnesota, you don’t have to pay any sales tax on your solar purchase. With the sales tax exemption, you automatically save 7 percent or more instantly. Remember that these incentives stack together – using one solar incentive doesn’t stop you from using others.

All residential-sized Minnesota solar panel installations qualify to receive solar bill credits through net metering. Net metering is a process by which extra electricity produced by your solar power system is sent into the utility grid in exchange for credits on your energy bill. Later, at a time when your property consumes more power than your panels are generating, those credits can pay for the electricity you use when you have to tap into the grid.

Some Minnesota utility companies offer additional solar power rebates or incentives. For example, in addition to paying out a standard metering rate for which any of its solar powered customers can qualify, Xcel Energy’s SolarRewards pays you extra every time you generate more solar power than you use.  Rochester Public Utilities, Owatonna Public Utilities, and Austin Municipal are all cities who are part of a Conserve and Save rebate program. Minnesota Power’s SolarSense first-come-first-served program provides rebates to reduce the upfront costs of installing solar, helping make solar energy a more viable option for customers.

Optimum Energy Group Energy Advisors are here and at the ready to illustrate for you how much electricity your rooftop can produce and how the many Minnesota Solar Energy System Incentives work for you! If you would like a complimentary solar power system analysis for your home just reach out at info@OptimumSolarGroup.com or call us at 612-524-8534.  We look forward to chatting with you soon!

Save Money. Save the Earth. Simply Smarter.