Minecraft is today’s kids LEGOS. Similar idea, you build with blocks. But the blocks are virtual and just like LEGOS there are no circles. EVER. But there are solar panels. Let that sink in. For the past sixty years when LEGO adopted most anything from current culture………that object has truly gone full-on mainstream. LEGO Part X239 is an Insectoid Stinger with sounds and light, AKA a bug zapper. Remind you of summer nights as a kid? When LEGOS sets included a cell phone they were destined to hit 98% saturation – which they have. 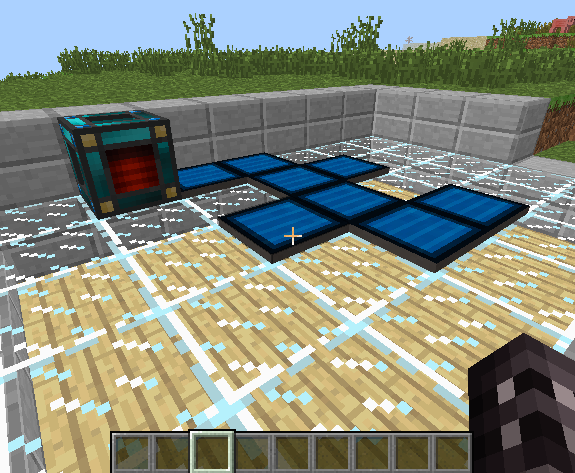 The original edition Lego Wind Turbine was a limited-edition promotional set costing thousands of dollars made especially for a Danish sustainable energy company called Vestas. It is now available on Ebay for $200. Enter Minecraft. Today’s cultural gaming phenomenon developed in 2009 by Markus Persson (known as Notch to many). ‘Bout then, Notch quit his job at a game developing foundation to create Cave Game where players place and break blocks. Notch and Mojang Studios later released Minecraft as a public alpha for personal computer use and then officially released Minecraft in 2011. When Notch designed Minecraft he added a survival side to the game which encourages the player to seek shelter, grow food, discover and extract minerals to create objects, and avoid perils including floating giant spiders.

The world of Minecraft is a blocky world with infinite terrain, where players move their own character about known as “first person” so as to experience the actions themselves. Players can also have their friends in the same Minecraft world, seeing each other’s player in action, and speak to each other through computer microphones. Minecraft game modes not only include survival mode and creative mode, players can also modify the game to create new gameplay mechanics, items and assets. The Java Edition major update release timeline included The Update that Changed the World. And it did. The 2015 Minecraft Mod Galacticraft, power generation and storage is put into play. The Power Plant functions as a large factory-like building that is used to create energy, and can be used with power lines made of tripwire running from the plant. Energy options include nuclear, hydro, fire, mob, microwave, hydrobeams, wind and yes, solar. In Minecraft solar energy uses daylight sensors to create power. Daylight sensors detect daylight in the sky and output a redstone signal that corresponds to the sunlight of which the sun is positioned. When the sun reaches its maximum daylight (high noon) it can activate up to 15 redstone activated blocks. Daylight sensors only activate when in sunlight and will turn off during the night. The recipe to build one solar panel includes 3 x Coal Dust, 3 x Glass, 2 x Electronic Circuits and 1 x Generator.

In 2014 when Microsoft bought Mojang and the Minecraft intellectual property for $2.5 billion, many players were upset that Minecraft was no longer in its original creator’s hands. However, fans soon realized that any changes made to the game were not drastic and that the game kept its original feel. Minecraft has since become the bestselling video game of all time, with 200 million copies sold across all platforms and 126 million active users as of 2020. Minecraft has been critically acclaimed, winning several awards and being cited as one of the greatest and most influential video games of all time, being inducted into the World Video Game Hall of Fame in 2020.

One final note that although technically the night on Minecraft only lasts 7.5 minutes, solar panels only produce power during the day, which lasts 10 minutes (half of the day/night cycle) because dusk and dawn are treated as non-generation time. This means that solar panels cannot work underground, or in the Nether.

Let our Optimum Solar Group Energy Advisors craft you a free solar analysis for your IRL (in real life) house and learn more about generating your family’s own electricity.

The Mission of Optimum Solar Group is to provide a custom and affordable solar installation through an accommodating online buying experience while dedicating ourselves to giving back and pushing the evolution of renewable energy forward.