Installing solar is the #1 most impactful step Homeowners can take to cultivate our planet’s sustainable energy future.

Solar, also known as distributed energy, allows homeowners to produce their families’ own electricity themselves. Going solar is the most impactful decision a homeowner can take to offset carbon emissions and transition us to a renewable planet.

Solar power is the most abundant energy source on Earth. There’s enough solar energy hitting the Earth every hour to meet all of humanity’s power needs for an entire year. Every ounce of oil, every lump of coal, and every cubic foot of natural gas could be left in the ground if only we could capture one hour’s worth of solar energy each year. 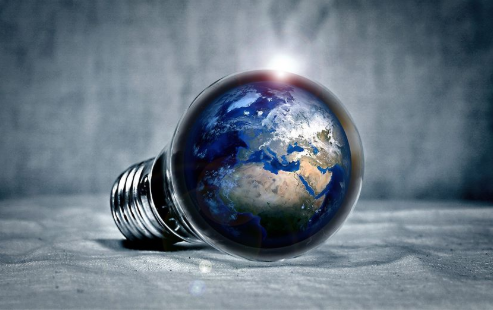 That’s the scale of the opportunity. If we covered the Mojave Desert with solar arrays, it would generate more than twice as much electricity as the US uses annually.

As individuals, we’re all asking, what can I do? Can I contribute? The answer is yes. An average 10k solar system size installed on a rooftop in Minnesota will offset the carbon emissions of approximately 21,512 vehicle miles per year, or sequestering as much carbon as 7.4 forested acres per year.

People in northern climates wonder if they can get enough sun to provide all the energy they need. The answer is most always yes. With the current solar system technology this is readily available most households can cover all of their total annual energy needs from their roof, and many can produce well over 100% of their annual usage.

And by installing solar energy in your home you will save money. Solar energy is now a cheaper option than most other fuel options including coal, diesel, nuclear and in most cases natural gas.  And solar power costs are cheaper than nearly every option for new fossil-fuel power plants. Additionally, many utilities offer solar energy performance based incentives and rebates to homeowners having solar installed, to support and further facilitate the world’s transition to a renewable energy mix. And so when energy rates go up or things change, you’ve got control over what happens with your house and your family.

The fact is, the residential sector accounts for 16% of US energy which is approximately 11.9 quadrillion Btus of energy a year! (Commercial is 12%, Industrial 35% and transportation 37%) as reported by Drawdown. The UN Intergovernmental Panel on Climate Change (IPCC) says urgent changes are needed and that renewable energy sources such as solar, wind, hydropower and geothermal must increase from 20 percent of the electricity mix today to as much as 67 percent in the coming decade. The good news is that cultivating renewable energy sources, particularly solar, has actually never been easier and more affordable. With the improvements in solar technology from the panel to the grid, the solar industry is growing, creating jobs and making solar a better economic choice on both a societal and personal level.

Over the past several years, producing your home’s own electricity with solar power supplied by the abundant fusion reactor in the sky has transformed from a subsidy-reliant niche product to an unstoppable force in our energy future.  And so today, the best way to save the planet, and your wallet may well be one rooftop at a time. We know what to do and how to do it. And the time to cultivate renewable energy resources is now.

Reach out to our  Optimum Energy Group Energy Advisors at 612 612-524-8534 or info@optimumsolargroup.com to learn what your energy savings are and what your carbon offsets can be.  Save money, save the earth, simply smarter.