DISTRIBUTED ENERGY (AKA Rooftop Solar) HAS A DEEPER VALUE

Here’s why. The value of distributed energy generation, such as rooftop solar, is much more than lower energy costs and environmental benefits. It’s real value ECLIPSES both the net metering and two-tiered rates that utilities pay homeowners for solar electricity. Distributed energy generation systems, such as rooftop solar, provide benefits to your neighbors, your local utility and your community.

In traditional electric grid architecture, large power plants are located in far off locations from where the load or electricity is actually used. Distributed energy generation (rooftop solar) generates electricity on a small scale at a large number of locations that are exactly at or close to the user. And that’s smart. 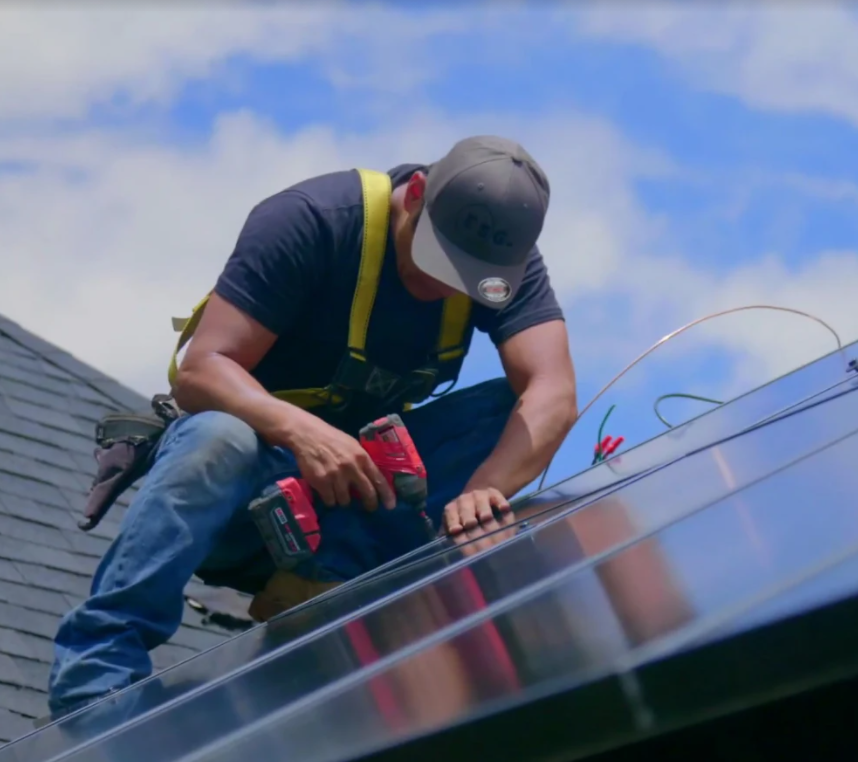 Most rooftop solar systems are grid-tied and convert sun directly into electricity that is used on-site in real time, with excess being fed back into the grid. At night or on cloudy days, these rooftop PV solar-owning customers use grid-sourced electricity, so no batteries are needed.

The benefits to this distributed generation of electricity include a reduction in utility system congestion as well as shaving down peak demands when electricity is the most expensive. Also, customers with solar distributed generation are helping utility companies who then don’t have to pay for as many infrastructure improvements for such things as increased renewables in their mix. And if the utility’s costs are kept lower, then overall electricity rates remain lower.

Joshua Pearce, Professor of Materials Science and Engineering and professor of electrical and computer engineering at Michigan Technological University, has shown further that the overall value of distributed energy (rooftop solar) has even more benefits to the big utilities including avoided operation and maintenance costs (fixed and variable), avoided fuel, avoided generations capacity, avoided reserve capacity (plants on standby that turn on if you have, for example, a large air conditioning load on hot day), avoided transmission capacity (lines), and avoided environmental and health liability costs associated with other forms of electric generation that are polluting.

Solar energy is the fastest-growing source of power worldwide. In 2019 solar energy provided more than 30 percent of all new U.S. electric capacity. According to the International Energy Agency, solar energy could become the largest electricity source by 2050. SEIA president and CEO Abigail Ross Hopper predicts “This $17 billion industry is on track to double again in five years, and we believe that the 2020s will be the decade that solar becomes the dominant new form of energy generation.”

Distributed energy generation provides cheaper power in most corners of the earth and is a major player in protecting our environment, while at the same time saving resources and building a brighter future. “At the rate of one solar rooftop installation per second predicted by 2024”, said Michelle Davis, Senior Solar Analyst with Wood Mackenzie and reported by SEIA. “That’s up from one installation every 10 minutes in 2010”.

To learn how much energy your home’s rooftop can produce with solar electricity reach out to our Optimum Energy Group Energy Advisors for your FREE solar analysis at info@OptimumSolarGroup.com or call us at 612-524-8534. Save Money. Save the Earth. Simply Smarter.